The North Coast 500 has become increasingly popular with people throughout the UK and further afield in the last few years. Founded by Tom Campbell in 2015 with the intention of showcasing the beauty of the North and West of Scotland, “Scotland’s Route 66” is now well established. Tom commissioned a study at Glasgow Caledonian prior to the route’s inception. The NC500 now has a reach of over 2.3 billion people worldwide.

The North Coast 500 starts and ends its 516 mile expanse at Inverness Castle, through Inverness-shire, Ross and Cromarty, Sutherland and Caithness.

There are a number of fascinating points of interest right around the NC500 route. Sometimes called the Route 500, the key locations include:

Achmelvich has a large number of activities to do beyond the beach.

The Grand Tour boys – Jeremy Clarkson, Richard Hammond and James May made their way around the North Coast 500 recently and Jeremy had the following to say about Scotland’s Route 66:

“I drove on Wednesday along the coast road north of Ullapool, and never have I gone so slowly. Sometimes the views were so spectacular, I coasted to a halt and never even noticed.

“The sky was the colour of a Norwegian model’s eyes. Tendrils of cloud spilt over snow-capped mountains before being whipped into nothing by the wind.

“And it went on and on and on. Past turquoise water like you find in the Maldives and islands as weird and as enticing as those in Ha Long Bay. This was, and I will take no argument on the matter, by far the most beautiful place on Earth. As far removed from anything we have in England as Timbuktu.”

Yes you read correctly, “by far the most beautiful place on Earth“. 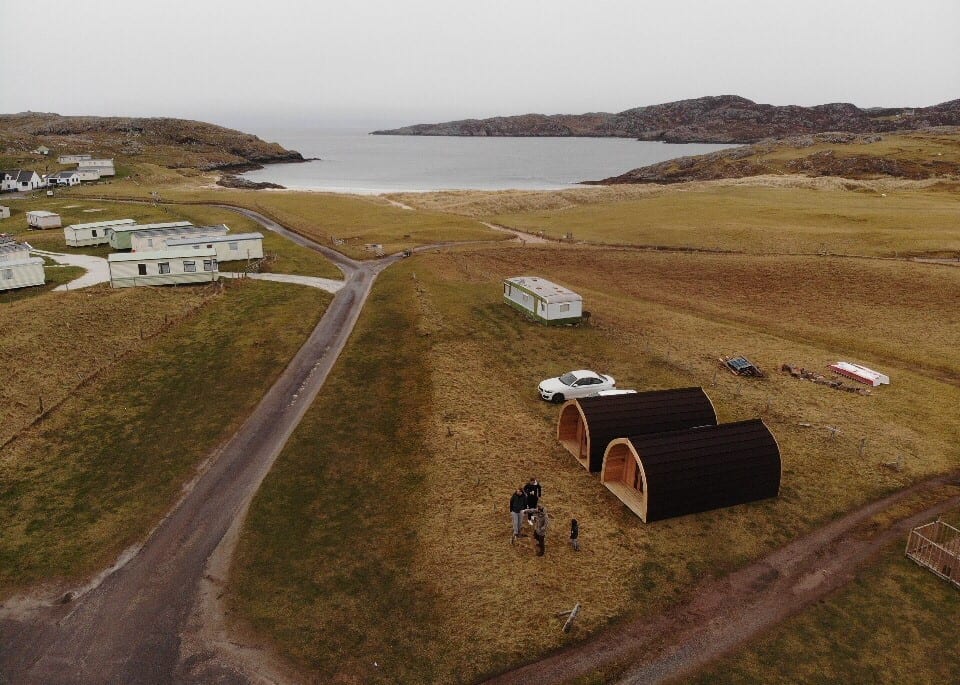 To counter the lack of accommodation on the NC500, North Coast 500 Pods are looking to provide luxury glamping right around the route. The first site is in Achmelvich with more planned throughout the route in the coming years. They are also the only accommodation in Achmelvich to allow dogs.

Find out more about things to do on the North Coast 500 here!

Please sign up to our newsletter to receive the best deals, discounts and giveaways from NC500Pods.